TPLF is using aid food to inject its war in Amhara and Afar regions in Ethiopia. Some International Aid organizations staff are involved. 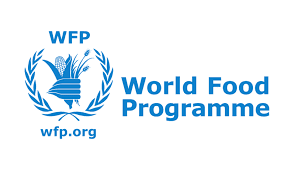 It was last June 24 that the first UN Humanitarian Air Service (UNHAS) aircraft arrived at Mekelle with 30 staff from different aid organizations. The leading responsible organization to supply food items is the UN annex organization, World Food Program (WFP). The WFP Regional Director for Eastern Africa, Michael Dunford, last June said that his staff's arrival at Mekelle would scale up the humanitarian response to reach 2.1 million people with food assistance. However, the recent information from Tigray is indicating the TPLF has hijacked the aid food and used it to inject its war against the Amhara and Afar regions in Ethiopia.

The information, on TPLF uses aid food to inject its war, underlines the two main ways that TPLF used illegally. The first way is directly taking aid food from the aid organizations stores. As a result thousands of sacks  of food  are loaded directly to the military camps and used for the TPLF militia's daily consumption.However, even around Mekelle there are Internally displaced people sheltered  within schools, churches and Mosques are in need of emergency food aid.

The second way that TPLF used the aid food to inject its war is through politicizing the aid program itself. That is the TPLF cadres involved directly on aid food distribution. There are pre-conditions cadres put on all Tigraian residences.The condition is painful for any ordinary individual. Because unless at least one person is serving in TPLF militia service, it is forbidden to get aid food. Therefore, many parents are starving for hiding their children not to be recruited to TPLF militia. It is quite known that any aid organization’s law and regulations did not put any  preconditions to provide aid. However, it is so difficult to say that the TPLF’s illegal action is not known by aid organizations operating in Tigray. Rather some staffs of the aid organizations are involved in this illegal activities. Others are annoyed with it but fear to stop the TPLF cadres.

TPLF has a history of using aid food to war. In 1985 the huge event organized by Bob Gedof raised over 136 million USD to support starving people. Dr.Aregawi Berhe, the founder of TPLF, is currently the director of the Great Ethiopian Renaissance Dam (GERD) fundraising committee under Prime Minister Abiy’s administration. Dr. Aregawi told Deutsche Welle (Voice of Germany) English service  how TPLF used aid food for war in the mid 1980s. He said  ‘‘the rebel movement, TPLF, had received the money under false pretences - through its development arm, the so-called 'Aid Association of Tigray' (MARET). But MARET belonged to the party. So after the aid from donors and aid charities was collected, it was made available through the budget of the party's central committee - for logistics and financing of the resistance." Deutsche Welle, March 11,2010.

History repeats itself. Today, after 35 years, the same organization categorized as terrorist, according to the Ethiopian Parliament, is using aid food for another vicious war. The International Community needs to act as soon as possible.

Western Experts judgment on the Nobel Laurent without contextual Understanding