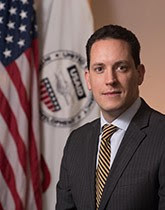 USAID Ethiopia director Sean Jones
===================
ጉዳያችን/ Gudayachn News
===================
In the mid of August, Gudayachn reported TPLF used aid food to war.On the third day after Gudayachn news released  (the front page of the news was WFP logo), complain comes from the United Nations stating that UN was concerned about statements appearing on social and mainstream media claiming the UN agencies. The UN August 16,2021 press release under the the title ‘'UN statement on impartial engagement in support of Ethiopia’’ stated -
''The United Nations in Ethiopia is very concerned about recent statements appearing on social and mainstream media claiming that UN agencies and humanitarian partners are operating in Ethiopia in support of partisan political agendas.’’ UN statement August 16,2021
No matter how, facts on TPLF uses aid food to war are coming to front now. The USAID Ethiopia director, Sean Jones, today confirmed that TPLF is using aid food to war. Mr. Jones' statement is released today as of August 31,2021 by Ethiopian Broadcasting Corporation (EBC) Amharic News hour. According to the director’s statement Sean Jones said to EBC -
‘’ Yes, TPLF is opportunist. We are very sure in all areas of TPLF insurgence, they loot all of our warehouses.This is the fact that we know well. We know also in every areas they invade the Amhara region, they looted aid organization’s warehouses, took any type of cars, looted the farmer’s properties and killed innocent people.’’
In this interview,  EBC journalist forwarded a question why USAID as an aid organization and the US Government as a responsible Government did not say anything when the Ethiopian Government complained on this issue. The USAID director said -
‘’We did not say anything does not mean that we did not agree with Ethiopian Government complaints. This is due to the US Government's experience of not giving press releases or responses for each and every issue. On the other hand, we were looking for concrete evidence on this issue. Now we are very confident that TPLF soldiers emptied our warehouses. That is why we are speaking openly.’’
Regarding the Ethio-US relation, the USAID Ethiopia director said
‘’Ethiopia is one of our best partners from all over the world. We seriously care for our relationship with Ethiopia.As a true partner, when we think there is a problem, we share our concern clearly.This is just like any healthy marriage. For your easy information, frankly speaking, there is no honest conversation with Ethiopia leadership as of today.We have good communication. I can assure you my relationship with senior Ethiopian officials may be never been better’’
Watch the video of the director's interview with EBC