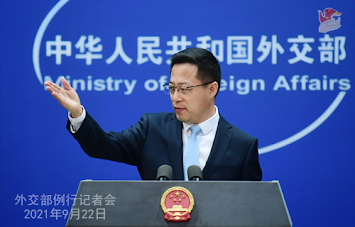 China's Foreign Ministry Spokesperson Zhao Lijian's was on Regular Press Conference on September 23, 2021. In his press conference, he has reflected the China’s stand on US new sanction against Ethiopia. Here is the China's embassy in Norway website posted on how the China Foreign Minister spokesman responded for the question, concerned Ethiopia.

Shenzhen TV: US President Biden signed an Executive Order a few days ago authorizing a new sanctions regime regarding the conflict in Ethiopia. I wonder if China has any comment on this?

Zhao Lijian: China opposes the new US sanctions regime on Ethiopia. China always holds that international law and basic norms governing international relations must be adhered to in state-to-state relations. We oppose the wanton exertion of pressure through sanctions or the threat of imposing sanctions to interfere in other countries' internal affairs. The US should prudently handle relevant issues and play a constructive role in restoring peace and stability in the country.

Ethiopia is China's important cooperation partner in Africa. We believe that the parties concerned in Ethiopia have the wisdom and capability to properly resolve internal differences. It is our sincere hope that Ethiopia could realize national reconciliation and restore peace and stability at an early date.

On the other side, today, September 24,2021 Bloomberg wrote the following on the China's stand regarding the US sanction against Ethiopia.

Bloomberg Report concerning China's respond against US sanction on Ethiopia.September 24,2021

China criticized a U.S. threat to impose sanctions on Ethiopia over a conflict in the Horn of Africa nation, saying the government has the ability to resolve its own issues without foreign interference.

“We oppose the wanton exertion of pressure through sanctions or the threat of imposing sanctions to interfere in other countries’ internal affairs,” Chinese Foreign Ministry spokesman Zhao Lijian said at a briefing Wednesday. “The U.S. should prudently handle relevant issues and play a constructive role in restoring peace and stability in the country.”

Biden last week authorized the Department of Treasury and the State Department to pursue individuals and entities in Ethiopia and Eritrea involved in the conflict that erupted in Ethiopia’s northern Tigray region in November. The U.S. threat of sanctions  aims to bring warring parties to the negotiating table.China is Ethiopia’s biggest bilateral lender, with $6.5 billion in loans, or 23% of the total public debt burden of $27.8 billion, according to World Bank data. China is co-chairing a creditor committee that seeks to reorganize Ethiopia’s external debt.

The conflict in Ethiopia erupted when Prime Minister Abiy Ahmed ordered his military to respond to an attack by Tigrayan state forces on a federal military base. Troops from neighbouring Eritrea supported Abiy’s army in a conflict that has left more than 5 million people in need of humanitarian assistance. No fuel or medicine has been delivered to Tigray since Aug. 16.

Abiy is expected to form a new government in October, after a landslide win by his political party in elections earlier this year. Zhao said China wants Ethiopia to “realize national reconciliation and restore peace and stability at an early date.” 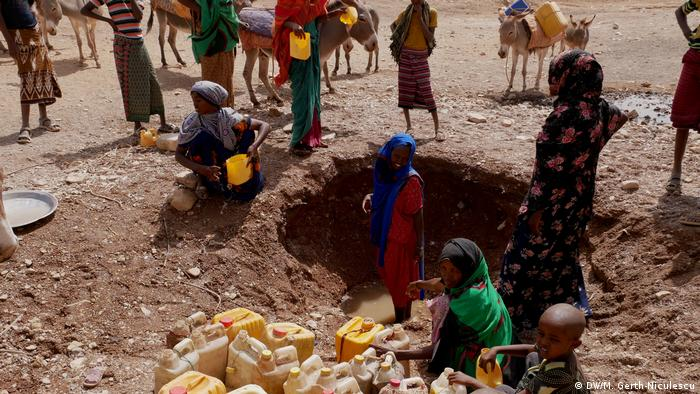