The 17th of December, UNHRC Meeting on Ethiopia's internal issue motive is Colonialism. It is not less than an Open war against Ethiopia and African Sovereignty. 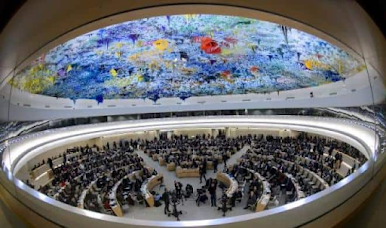 The United Nations Human Rights Council (UNHRC), following the European Union's request, has the plan to have a meeting on the ''grave human rights situation in Ethiopia''on December 17,2021. The Ethiopian Government has called all UN Human Rights Council member countries to reject and vote against this special session.

Ethiopia is in a democratic process. The 2018 reform could run a peaceful and fair election in June 2021 and elect the current Prime Minister and the 2019 Nobel Peace winner, Abiy Ahmed. However, the previous ethnocentric and dictatorial regime led by the minority group Tigray People's Liberation Front (TPLF) declared war on the National Defence Force of Ethiopia, on November 4,2020. Since then Ethiopia is at war with the TPLF which is also categorized under the Terrorist group by Ethiopian Parlament.

Ethiopia's current Human Rights condition, compared to the last 30 years of the TPLF full of atrocities, is much better and in some cases, it is possible to say best. Ethiopian Human Rights Commission is an independent institution. Its neutral investigation by joining the UN Human Rights Commission on the case of the Tigray issue was one of the remarkable jobs that give great credit to the Commission. This particular rereport was accepted by over 15 countries including the European and US Governments.

Regarding the December 17th meeting of the UNHRC on Ethiopia's issue, the Ethiopian Human Rights Commission has expressed its views and concerns on the draft Resolution on the human rights situation of Ethiopia. In a recent press release of the Ethiopian Human Rights Commission (EHRC), the 17th December UNHRC call on Ethiopia is not reasonable and has a great possibility to complicate the situation.

''EHRC has stated its concerns that setting up another body to investigate the same matter covering the same time period could be counterproductive as it could delay criminal investigations and prosecution; it would be detrimental to the right to full redress for victims and survivors of violations identified by the Joint Investigation Team (JIT).'' EHRC, December 15,2021.

Tomorrow's UNHRC Meeting on Ethiopia's internal issue's motive is Colonialism. It is not less than an Open war against Ethiopia and African Sovereignty. The current Ethiopian internal situation can not be a business of any other Government or International Organization's job. Any attempt to transfer the domestic issue of Ethiopia to a global one is to violate the sovereignty of Ethiopia and Africa too. There is no single African Country that reacted positively to the UNHRC call meeting on Ethiopia's internal issue. On October 28,2021, UNHRC participated in the Joint Investigation Team with EHRC, released the JIT report in Geneva and Addis Ababa at the same time. The Joint team was expected to do the same investigation in Amhara and Afar regions in Ethiopia. However, before the joint investigation go further, the UNHRC is calling another annex meeting that seems affiliated with the political approach. So it is valuable to raise the question - what is the purpose of UNHRC's call meeting with some undeclared draft for resolution?

The December 17,2021 meeting of the UNHRC must be boycotted by the member countries or voted against any decision to make any new investigation. Any decision by UNHRC disregarding the started Join Investigation Team (JIT) with Ethiopian Human Rights Commission must not get any acceptance. If the UN Council's meeting decided contrary to Ethiopia's position, it is clear the mission of the meeting is to violate the sovereignty of Ethiopia and Africa too.