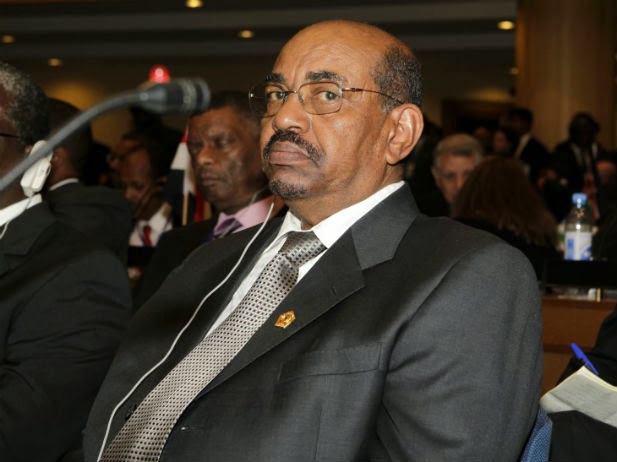 anuary 25, 2014 (KHARTOUM) – The Sudanese presidential assistant and deputy chairman of the ruling National Congress Party (NCP) for party affairs Ibrahim Ghandour disclosed today that President Omer Hassan al-Bashir will deliver a speech at a rally in the coming 48 hours to announce details of the reform document that his party has been working on since last year.

Ghandour said during a television interview on Saturday that his boss would unveil a new approach on all political, security and economic matters in the framework of a unified country.

Sudanese officials have for months been talking of an initiative being worked on by Bashir that would radically alter the political landscape and accommodate all parties and groups in the country.

The visiting United States former president Jimmy Carter told reporters after meeting with Bashir on Tuesday that the latter informed him of his intention to declare "important" political decisions in the coming days but offered no details.

• Reaching peace with internal rivals through dialogue that would also be incorporated in a new constitution;

• Democratic transformation that would see the people enjoying freedom of association, freedom to form political parties and freedom of expression among others;

• Launching a program for poverty reduction that would eliminate claims of marginalization;

The Doha-based Al-Jazeera television website reported that Bashir will offer a "surprise" in his announcement which caused a flurry of speculations that focused on whether the 70-years old leader will step down and hand over power to his newly appointed 1st Vice President Bakri Hassan Saleh.

Some observers predicted that Bashir would dissolve the parliament and form a national transitional government while a new constitution is being drafted.

But Ghandour dismissed all these projections as illogical saying they are a result of wild imagination given the upcoming 2015 elections and the NCP general convention scheduled later this year. He further said that the current government is a national one even if not all parties are represented.

"What I am reading is like fiction plays as the resignation of the president is out of question and the quitting of the president in this manner cannot be expected by any sane person as we are heading to elections. The president will not escape [from responsibility] in this fashion," Ghandour stressed.

"It was described as a surprise and it is really a programme presented by a respectable president hoping for reconciliation of his people," he added.

Bashir met on Wednesday with the son of the Democratic Unionist Party (DUP) leader Mohamed al-Hassan al-Mirghani and other party figures to lay out his vision for reform. He is expected to hold further meetings with other opposition parties on the same subject.

Ghandour also denied the existence of secret or even public dialogue with the Popular Congress Party (PCP) of Hassan al-Turabi as was reported recently though he expressed hope that channels of communications between the two sides can be established noting that they have no disagreements about application of Islamic Sharia’a law, free economy and Islamic proselytizing.

The PCP creation was a result of a split within the Islamists in the late 1990’s that saw Turabi, who masterminded the 1989 coup led by Bashir, moving to become the most vociferous critic of the government.

Despite numerous attempts by internal and external mediators to bring the two sides together they have remained irreconcilable foes.

The PCP political Secretary Kamal Omer said today that they reject the idea of forming a national government with participation of certain parties only insisting that no force should be excluded and particularly rebel groups that form the Sudan Revolutionary Front (SRF).

Omer said that the PCP political secretariat met on Saturday and affirmed the party’s relationship with the other opposition groups forming the National Consensus Forces (NCF) to resolve Sudan’s crises.

He stressed that contacts with the SRF are continuing describing it as important and fundamental for the next political transformation in the country. He said that the meeting also emphasized the need for a transitional period to rebuild the Sudanese state on a new basis and move the country from a state party to the nation state .

The NCF chairman Farouk Abu-Issa a separate statements said that they will not budge on their goal to topple the regime.

Abu-Issa said that a solution to the current crisis in the country is within reach as the NCP acknowledged its failure and is working on a roadmap that was previously set by the opposition to run the country under a transitional government.

He stressed that the NCP resorting to what he described as "under the table" deals will not work adding that they did not delegate anyone to negotiate on their behalf with the ruling party.

On the economic front Ghandour stressed that the government is keen not to see a repetition of the crisis which led to a shortage in fuel, cooking gas and bread pointing out that Sudan spends billions to provide basic commodities to the citizens.

He also said that the fluctuations in US dollar exchange rates happens for many reasons and that the black market traders follow statements by Sudanese officials to decide on prices adding that the central bank and finance ministry are working to bring back the exchange rate back to normal.

Last week traders in the black market said that 1 US dollar was selling for 8.20 pounds compared 8.00 in the beginning of the week. They also projected further drop in light of low forex supplies held by the central bank as well as growing fears over fighting in neighboring South Sudan and its potential for disrupting oil flow.

On the South Sudan crisis, Ghandour said that the government had refused to pour oil on the fire of war in the south. He instead affirmed Sudan’s support for the Intergovernmental Authority on Development (IGAD) initiative to resolve the crisis in the south and the legitimate government in Juba.