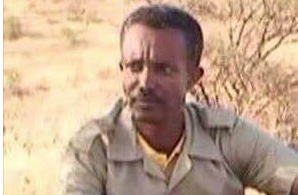 A heavy fight between Ethiopian government troops and Patriotic Ginbot 7 forces broke out in the outskirts of  Gonder. Abbay Media sources from the war zone confirmed that there have been very heavy fight going on between the two foes since yesterday. This is the first time that the Ethiopian army used its military Tanks and sophisticated machine guns against Patriotic Ginbot 7 forces.

Our sources who are participated in this fight told us that there are casualties from both sides. From Patriotic Ginbot 7 side, three of its division (Ganta) leaders have been killed and three other fighters surrendered on the battlefield. In the other hand, from the government side, more than Thirty government troops killed by patriotic forces. In addition, unknown numbers of government troops have surrendered to Patriotic Ginbot 7 forces.

During the fight, Patriotic Ginbot 7 Movement for Unity and Democracy ranking official, commander Mesafent Tegabu nicknamed Gebrye refused to surrender and killed himself on the battlefield. When he was asked to surrender, commander Tegabu claimed that he is the son of King Tewodros and he would rather kill himself instead of giving himself up to the fascist regime. After fierce fight with heavily armed with Tanks and machine guns government troops, commander Tegabu refused to give himself up and shot and killed himself.