The Dragon Eating the Eagle’s Lunch in Africa?

Flight of the Eagle and pursuit of the Dragon


In June 2011, during her visit to Zambia U.S. Secretary of State Hilary Clinton pulled the alarm bell on a creeping “new colonialism” inAfrica. While dismissing “China’s Model” of authoritarian state capitalism as a governance model for Africa, she took a swipe at China for its unprincipled opportunism in Africa. “In the long-run, medium-run, even short-run, no I don’t [think China is a good model of governance in Africa]…We saw that during colonial times, it is easy to come in, take out natural resources, pay off leaders and leave, …And when you leave, you don’t leave much behind for the people who are there. We don’t want to see a new colonialism in Africa…” 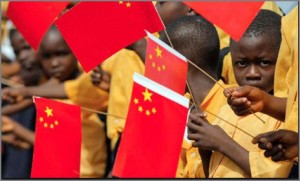 It seems the Eagle has finally taken a good look at the sidewinding Dragon eating its lunch in Africa. The U.S. is in stiff competition not only in Africa but also in the “world’s least explored” country. Clinton minced no words in telling the U.S. Senate Foreign Relations Committee, “We are in a competition for influence with China; let’s put aside the moral, humanitarian, do-good side of what we believe in, and let’s just talk straight realpolitik… Take Papua New Guinea: huge energy find … ExxonMobil is producing it. China is in there every day in every way, trying to figure out how it’s going to come in behind us, come under us.”