Ethiopia-on the east top of Africa has over eighty-seven million people with a great potential of impact on  keeping  peace and stability in the horn of Africa and middle east. Over 80% of Nile river source, a life-line to Egypt and has significant impact on Sudan, is originated from Ethiopian high-lands.The  two major neighbours of Ethiopia, Sudan and Somalia share over one thousand kilo meters border. Topographic land of the nation has also a great strategic benefit to control the middle-east.

The ancient land- Ethiopia, political-environment is going from bad to worse.With out any magnify, freedom of expression is about to be dropped to below zero level.A number of journalists, including Eskindir Nega, have been sent to prison.No one is expecting their release soon.It is so difficult to obtain a citizen who has confidence on judiciary body.

The most valuable social institution in Ethiopia for the past over three thousand years, religious institutions are under strong supper vision of the TPLF-EPRDF security bodies. Ethiopian muslims demand of organising them selves freely and fairly is hijacked by direct  intervention of the government.That is just by calling them as ''terrorists''.Numerous blogs (including this particular blog-'Gudayachn') and web-sites are blocked and affected not to be easily readable by the people residing in Ethiopia.

The same is happening on Ethiopian Orthodox church. A typical example for such contrary to law act of the government is the last week's  Ethiopian Orthodox church patriarch election process. The event was no more secrete to the whole of the church community. Because it was quite known as  Abune Matias the bishop of Ethiopian Orthodox church and monasteries in Jerusalem was the first proposed bishop by pro-TPLF-EPRDF bodies. That is why it was not surprised and could not being a sudden event not only for the church's community but for the mentioned bishop also.Because it was pre-determined by TPLF officials.
(http://tekluabate.blogspot.no/2013/02/a-common-platform-within-divided-synods.html).

The civil servant who represent the middle class of the large urban residents, is under strong tension by pro-TPLF-EPRDF cadres. Being professional is not a pre-codition to be appointed in any public offices.Rather to be a member of one of EPRDF ethnic-based organisations like TPLF (Tigray People Libration Front,OPDO (Oromo People Democratic Organisation), etc is 'unwritten obligatory'.
It is quite clear that all the above facts happening in Ethiopia will be a huge hinder for the nation's development. Even though there are under going projects on infra stricture and construction sector, an over all transformation of society which is participating most part of the society is becoming far away from year to year.

Russia and China are doing their home-work through their influence on political, economic and military affairs of  Ethiopia.It is natural as dictators are very comfortable to be supported by any sort of interested country like China and Russia.This will continue since both are not putting an implementation of Democratic measures as a pre-conditions for bilateral relation ships. In fact it is not fair to request them to interfere positively on Ethiopia's democratic process as being a citizen of so verging nation. But ignorance of any part of the world's country problem is not part of the contemporary world order named globalisation.
.

China's strong influence is more visible in the Economic feature of Ethiopia particularly on construction and infrastructures sector.China huge investment in Ethiopia is growing every year. According to ''all africa.com'' february 18,2013 report states as
''....There are 415 Chinese companies that have taken out licences between August 27, 1998 and October 16, 2012, according to data from the Ethiopian Investment Agency (EIA). However, this figure includes companies who have packed up and left.
China is the topmost export and import trading partner of Ethiopia, and its foreign direct investment (FDI)to the country has grown to 58.5million dollars in 2010, according to a World Bank survey published in November 2012......The stock of FDI from China to Ethiopia was 58.5 million dollars while the total Chinese FDI stock reached 403 million dollars in 2010. Out of the 413 Chinese companies operating in Ethiopia, 69pc are owned privately.Currently, South Africa, Nigeria and Zambia are the highest receivers of Chinese FDI in Africa, which totalled 12 billion dollars in 2011. A survey was conducted by the World Bank in May 2012 at the request of the Ethiopian government, who wants to actively compete for the inflow of FDI from China.'' (http://allafrica.com/stories/201302190198.html)
The same is happening with Russia. Even if its economic interference is not comparable with degree of china's impact, it could not be undermined Russia's ability to make difference in Ethiopia particularly with its renewed military relationship. ''Addis Neger'' number one Amharic News paper, which ceased its circulation since 2009 at the result of oppressive policy of the government, on its face book page  has quoted  ''voice of Russia'' reads as-
''Russia will set up a network of service and maintenance centres in Ethiopia for the weapons it had previously sold to the East African nation.Addressing participants in a Russian-Ethiopian business forum in Moscow on Thursday, President Putin’s Africa ties point man, Mikhail Margelov, mentioned the close defence cooperation between the two countries, including the sale of military aircraft to Addis Ababa.Mentioning the two nations’ shared positions on many acute problems facing the African continent, Margelov said that after a “deplorable break in ties during the 1990s”,Moscow had reassessed the importance of close ties with African countries and was now starting to actively use this potential in politics and economics 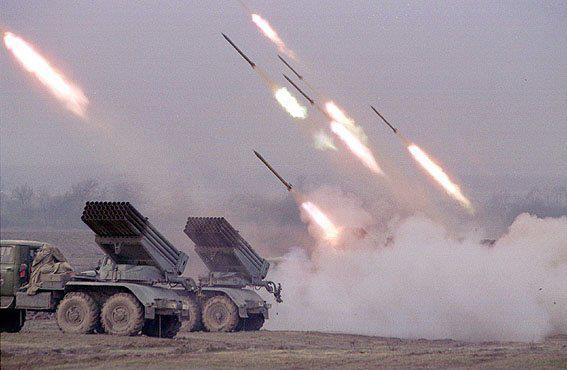 It is quite known that our globe balance of power is between the dilemma of  shifting and keeping events. The far-east China and Russia on one side and Europe and USAmerica on the other side.All are keeping on doing their assignments in favour of their national interests. Russia with her military capacity and China with her huge investment are becoming a clear influential nations on Ethiopia. On contrary, the western world is very busy ('opptatt' in norwegian language) on North korea and Iran cases.That is just 'sleeping on' Ethiopian demands of basic democratic rights.
Getachew Bekele
Oslo,
Norway
getachewb22@yahoo.ca

china case is known but Russia? it is new for me