''The United States takes note of the recent efforts of the African Union to facilitate additional discussions among the three countries on the GERD. We acknowledge the efforts by South African President Ramaphosa to bring this issue before the African Union bureau.''
Ambassador Kelly Craft Permanent Representative U.S. Mission to the United Nations 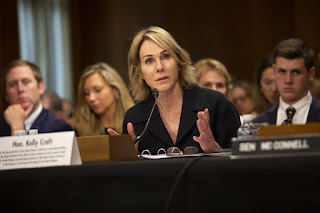 Thank you, Mr. President. Thank you for your efforts over the past several days to accommodate this important issue before the Security Council. Under-Secretary-General DiCarlo, we appreciate your insightful remarks.

Through our engagement as a facilitator and observer of the negotiations on an agreement for the filling and operation of GERD over the last several months, the United States understands and appreciates the importance of the Nile River to the histories and futures of Egypt, Ethiopia, and Sudan.

We have seen firsthand how the Nile is deeply intertwined with the national identities of Egypt, Ethiopia, and Sudan and how its future is of paramount importance to the livelihoods and the well-being of their peoples. I know firsthand, as President Trump has prioritized the GERD within our Cabinet.

The GERD poses a unique opportunity for this part of Africa, where precipitation droughts, desertification, and economic underdevelopment have befallen generations of people. An agreement on the GERD has the potential to transform a region that is home to over 250 million people, expanding economic opportunities through transboundary cooperation and regional integration. Increased food security, improved energy access, and expanded agriculture projects are just a few of the transformational benefits that the GERD can afford the region.

The considerable work by Egypt, Ethiopia, and Sudan over the last several months shows it is possible to reach a balanced and equitable agreement that takes into account the interests of the three countries if there is a commitment among all to do so. We commend the Government of Sudan and Prime Minister Hamdok’s administration for ongoing efforts to encourage this process and bring the parties together, including through hosting talks earlier this month.

The United States takes note of the recent efforts of the African Union to facilitate additional discussions among the three countries on the GERD. We acknowledge the efforts by South African President Ramaphosa to bring this issue before the African Union bureau.

We recognize that this issue is before the Council because time is short and the window to achieving such an agreement may be rapidly closing. We encourage all countries to build on their substantial progress in prior negotiations and the compromises that led to that progress, and further call on all countries to refrain from making any statements or taking any actions that would undermine the good will necessary to achieve an agreement.

We strongly believe that with constructive dialogue and cooperation a solution is within reach, and we reaffirm our commitment to remain engaged with the three countries until they conclude a final agreement.

We look forward to receiving further reports on this very important issue. Thank you.

- June 29, 2020
Email ThisBlogThis!Share to TwitterShare to FacebookShare to Pinterest 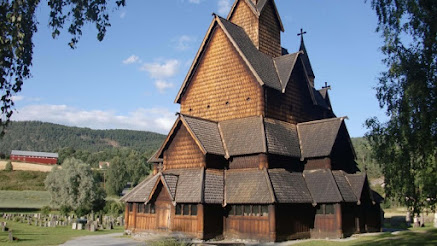