Photo: NY Times
ESAT News (April 11, 2016)
The Ethiopian government has stopped the fundraising campaign by UN agencies to help millions of Ethiopians facing famine, according to ESAT’s sources from Addis Ababa.
The sources said the Special Envoy for the Prime Minister of Ethiopia, Ambassador Berhane Gebrekiristos has asked the Addis Ababa representative of the United Nations Office for the Coordination of Humanitarian Affairs (UNOCHA) to stop the fundraising campaign that began on March 23, 2016. The ambassador reportedly told OCHA’s representative that the position of his government was firm on the matter and OCHA could close up shop and leave the country if it does not agree with the decision of the government.
The sources said the OCHA representative tried to convince the Ambassador that Ethiopia needs help from the international community to fill the gap in food aid. He said only 686 million dollars, of the total 1.4 billion dollars needed was obtained so far. Ambassador Berhane said in response that there was enough food at the ports and the only problem was land transportation to distribute food to the affected areas.
The Ethiopian government believes the fundraising by the agencies would “tarnish the image of the country,” the sources learnt.
The agencies including OCHA, USAID, Save the Children, UNICEF, among others began the 90 day fundraising two weeks ago using social media and the web. The campaign was cut short after a week.
18.2 million people in Ethiopia are faced with the grim realities of famine, according to UN estimates. Aid agencies fear humanitarian catastrophe as the response from the international community has been too slow.
Source: Ethiopian Satellite Television - ESAT
- April 12, 2016
Email ThisBlogThis!Share to TwitterShare to FacebookShare to Pinterest 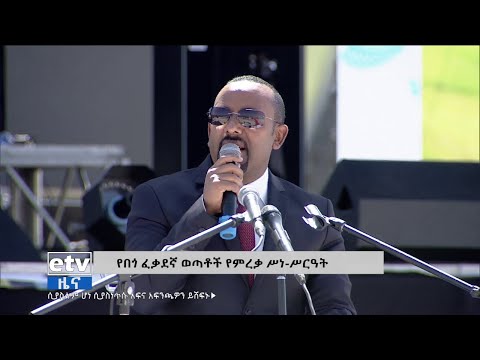