Why do the majority of Ethiopians support the visionary and talented PM Abiy Ahmed of Ethiopia? 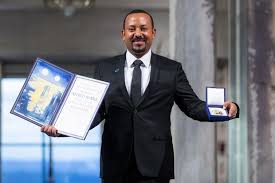 ================
In Ethiopia, extremists under the cover of Oromo ethnicity, killed over 200 people only within only three days following the famous musician Hachalu Hundessa assassinated on June 29,2020.The massive killing innocents was followed by destroying their properties and business centers. In Oromia region cities and rural areas like Shashemene,Arsi, Bale and Harar were typically targeted areas.Most of the victims were also being killed only because of their religion of christianity.The massive killing acts of innocent civilians were motivated by extremists social mediators residing in Europe (including Norway),Canada and USA. The social media motivators who need to load their non-humanity and savage ideas and acts on Ethiopian people are also accusing Abiy by demonstrations in Europe,USA and Canada streets.These are the people who opposed the legal action that the Abiy government is taking now. Their fear is that if law and regulations are approved in Ethiopia, their extreme plan will not be functional.
Contrary to extremists, the majority of Ethiopians including the Oromo region at home and abroad support all necessary actions that Abiy is taking now. Law and regulations are a key factor for any country's peace and stability.Here the paradox we should know is that Abiy himself is from Oromo ethnic.However extremists are calling themselves ‘’Oromo’’ more than the PM. The situation is a little bit 'funny'.Because even if the main objective of the extremists is to run extremism, they still attempt to use the cover of Oromo ethnicity.Ethnicity issues are not considered as a major issue to be leader in Ethiopia.However, the stand for humanity and respecting the legal framework matters a lot.
Europe and US policy makers and Governments must understand well the real cause and situation in Ethiopia.In Ethiopia, currently almost all regions including the Ethiopian-Somali region, Amhara, Gambella and Afar are so peaceful and busy doing their day to day development activities. The only problem is in extremists' temporary field, some parts of the Oromia region.
Therefore, the international community must stand with Abiy and his government. Because the horn of Africa peace and stability could be assured only through the modern and visionary leader of Abiy. It should be clear also the International community is not only expected to support Abiy's government, it is also very vital condemning extremists running hidden agenda within Oromo ethnicity.
Last but not least, we need to notice that Abiy is not only the hope of Ethiopia stability but he is also the right person to serve as a key bridge for the future political,Economic and Social relations between Africa and the rest of the world. So it is unquestionable, majority of Ethiopians will continue to support Prime minister Abiy Ahmed (Phd) administration. Yes! there are a number of challenges that his government is facing. Poverty, the past regime ethnocentric policy and corruption are the major one.These are also huge problems to other parts of the world.It is not unique only for Ethiopia. The difference is that Ethiopia is in huge transition process to tackle the problems.Now! the pre-most issue to Ethiopia and the Abiy's government is to control the extremists' move in any form both violently and spreading fake news on social media.The government is becoming successful to control illegal acts of the extremists.Therefore it is not vague why Ethiopians continue to support Abiy. They have a very good reason to do so.He is taking key measures to assure law and order in the country. It is quite clear that peace and stability are the key important issues of any government. Particularly, Ethiopia's peace and stability is the guarantee for the horn of Africa and the Middle East.
Getachew Bekele
Editor, Gudayachn 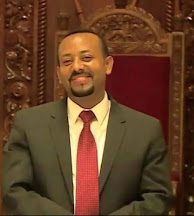