Gudayachn replied to David Pilling's opinion, issued in Financial Times, under the title of ''Why Abiy Ahmed is more popular in Norway than in Ethiopia'', Feb.26, 2020. 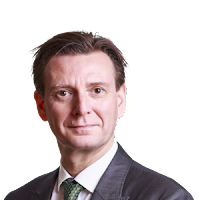 
Dear Sir, David, first of all, I would like to thank you for your opinion on Financial Times, under the title of Why Abiy Ahmed is more popular in Norway than in Ethiopia, posted two hours back as of today February 26,2020.

Fortunately, my origin is from Ethiopia and follows the day to day political situation of the country. On the other hand, I am also living in Oslo and got the chance to attend the recent remarkable Nobel Prize ceremony of the Prime Minister Abiy  in Oslo city hall.

As far as I understand the situation in Ethiopia is quite different from your mentioned sources. In fact the nation is in a real change. But the change process is not so spontaneous like that had happened in 1974 of the  mass revolution and the rebel control of the capital Addis Ababa in 1991. The current political change is big reform but going so slow without dropping the vital political,economic and social values of the ancient and historical nation, Ethiopia. Africa has a good experience in losing valuable assets of social, peace and stability. That is through running a political change process that could abolish all human and capital resources, just through categorizing all former political actors  under the name of ''former regime''. As far as I understand the current political movement of Abiy is attempting a new path of political thinking called MEDEMER.

Abiy’s  introduction of MEDEMER is quite a new phenomena to Africa.In the last two years, since the reform was launched, all political parties could get into the country and move freely. In fact, before them,all political prisoners were released and all media who had been  exiled could be functional in Ethiopia’s territory which was unthinkable even three years ago.

Here I can realize that your source of information is from the extremist group like you mentioned, Jawar Mohamed as a commentator. I think you need to dig a little bit, at least, to visit google about such a person's negative contribution for the security and social cost of the current generation of Ethiopia both at home and abroad. I think also, it is quite a good indicator to know the reason why over One-Hundred fifty thousand people signed a petition against Jawar Mohamed, that is only for the past 18 months. I am not feeling comfortable, when a political commentator like you quote, Jawar, as a reference source of the peace and security of the nation with over one-hundred million people. That is Ethiopia.

Ethiopia’s current immediate problem is ethnocentric politics running by individuals and activists like you have mentioned, Jawar Mohamed. This politics is not only dangerous to Ethiopia but also for the horn of Africa. It is not even a week since Jawar's idea of ethnocentric politics was seriously criticized by a senior political advisor of Eritrea, Yemane G.Meskel. Yemane, on his reply to Jawar’s tweeter, just three days back on February 22,2020 reads as -

"Our position is not ambivalent.  We strongly believe that the policy of institutionalized ethnicity is toxic & obsolete.  In our view, eradication of this malaise will serve the best interests of Ethiopia. Furthermore, Eritrea & the whole region will benefit from this."

That is why I am saying there is a big information gap between you and the real political situation in Ethiopia. In addition to that, I need to remind you that  your opinion has totally disregarded the recent three consecutive weeks Pro-Abiy demonstrations in over Eight major cities in Ethiopia.

In general, your opinion needs a big update in the current political situation of Ethiopia. Rather it is based on one sided view of the country. I think you need to see the other side too.