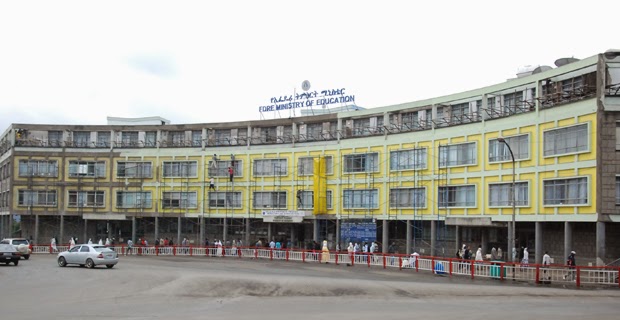 Conclusion
This report has provided an initial overview and summary of the sample of pupils, teachers, classes and schools included in the Young Lives 2012–13 school survey in Ethiopia. It has explored key descriptive statistics on pupils’ backgrounds, enrolment, attendance and retention, on language use at home and school, and on basic school, principal, teacher and class characteristics. This section will summarise some of the key descriptive findings and highlight areas for further research.
Pupils' educational status and history
Pupils attending Grade 4 and Grade 5 classes in survey schools have diverse backgrounds and educational experiences. Approximately 73 per cent of pupils report having first enrolled in school by the age of 7, with some regional variation. The majority of pupils are in approximately the ‘correct’ grade for their age, with the average age of pupils being approximately 11 and 12 in Grades 4 and 5 respectively. In general, pupils in Somali and Afar are consistently older than the mean age, while those in Tigray are consistently younger, with some variation evident by site.
Survey pupils speak a wide range of languages at home, yet 70 per cent of pupils are learning in their mother tongue. This is less often the case in Afar and SNNP, a fact linked to region-specific MOI policy. In SNNP, nearly 70 per cent of pupils are learning in their mother tongue in Grade 4, but this falls to under 1 per cent of pupils in Grade 5, owing to a shift in MOI to English at the start of the second cycle of primary. In Afar, MOI policy mandates the use of Amharic from the start of the first cycle, making it the only survey region where official MOI is not the language of the majority. Across the whole sample, only 3 per cent of survey
22
YOUNG LIVES ETHIOPIA SCHOOL SURVEY 2012–13: DATA OVERVIEW REPORT
children report speaking ‘well’ a language other than their mother tongue, and almost all of these children are based in Afar, a fact no doubt related to MOI policy in schools.
Grade repetition and drop-out can be considered to be relatively common, at 23.9 per cent and 17.3 per cent for the total sample respectively. However, once again regional variation is evident, with both phenomena being particularly low in the Somali region (12.6 and 10.6 respectively) and particularly high in Afar, where 40.2 per cent of pupils report repeating a grade, and 24.1 per cent report having dropped out.
Enrolment, attendance and absenteeism
Only 87 per cent of the pupils enrolled on the register were present at the time of Wave 1, with regional and site-level variation once again evident, such that this rate falls to below 50 per cent in one Somali site. Ninety-four per cent of those present at the time of Wave 1 remained enrolled on the register at the time of Wave 2, but only 84 per cent were actually present at the time of Wave 2. Site-level factors appeared important here, with significant site-level variation evident both between and within regions. For example, in all Tigray sites the attendance of survey pupils at survey Wave 2 was above 85 per cent in all sites, while in Afar one site had almost 90 per cent attendance, and another had less than 50 per cent attendance.
Pupil absenteeism is, on the whole, low, but site-level variation is also wide, ranging from 1.9 per cent in the Addis Ababa sites to as much as 15 per cent in one Afar site. Participation in work-related activities is prevalent among sample children and was linked by fieldworkers to non-attendance of pupils at school. Indeed, across the whole sample 68 per cent of pupils on a usual school day report spending some time on chores or caring responsibilities, 54 per cent report spending time working in the family business or farm, and 25 per cent report working for pay or a wage.
Further examination of these trends in relation to key pupil characteristics, including pupil learning levels, is a priority.
School, class and teacher quality
Schools in rural areas are typically less well equipped in terms of the availability of electricity, improved drinking water and other resources. These rural schools have fewer hours of instruction, are more likely to teach in shifts (91.5 per cent of schools versus 46.8 per cent in urban areas), and have higher levels of teacher changes in both subjects and a greater incidence of class splitting.
Class sizes are large on average, at 50 pupils per class across the entire sample, and slightly more in urban areas. This might be expected to pose a significant challenge to the quality of teaching. Access to textbooks varies widely between schools and sites, in terms of both the pupil–teacher ratio and the availability of newly developed textbooks.
Teacher experience and qualifications also vary, with urban teachers being on average more experienced and more likely to have completed a post-secondary or higher general education. Teacher absenteeism is, on the whole, low, but once again the situation appears favourable in urban areas, with urban teachers being less likely to be absent than their rural counterparts, and with Somali and Afar having particularly high rates of absenteeism.
23
YOUNG LIVES ETHIOPIA SCHOOL SURVEY 2012–13: DATA OVERVIEW REPORT
Final thoughts
It is clear across the data that important differences exist between regions, sites and urban/rural locations. The developing regions of Somali and Afar emerge in many indicators as particularly disadvantaged, albeit often in different and contrasting ways. However, for some indicators it is specific sites in regions such as Amhara and Oromia that emerge as areas for concern. This highlights the importance of considering equity of opportunity both between and within regions, and the differential experiences of children learning in different parts of the country, which will be essential for tailoring policies to Ethiopia’s diverse contexts.
Further research should focus on exploring these patterns across a more comprehensive range of indicators of pupil disadvantage, and in relation to pupil learning levels. The inclusion of non-government schools also offers the opportunity to conduct a more comprehensive comparison of government and non-government schools in selected survey sites, which will be of particular interest as the private sector expands.