The Ethiopian government’s operation to maintain law and order has continued for the second week. Government sources, quoted by Reuters, disclosed that when the TPLF (Tigray People’s Liberation Front) junta fled from Alamata town, they have taken 10,000 prisoners with them to an unknown place. Shockingly, last week, the junta committed ethnic mass killing on 500 innocent Amharas in Mai-Kadra town as has confirmed by Amnesty International and the UN called the incident an international war crime.

On the other hand, some local and international media outlets in the west are trying to mislead their followers regarding the situation. However, to clearly understand the situation, it is quite important to understand the background of the real political, social and economic situations of Ethiopia for the past three decades and the recent reform taking place in the country since Prime Minister Abiy Ahmed came to power some two and half years ago.

The Background of TPLF

It was in 1991 that TPLF changed itself from a rebel group to the leader of one of the ancient countries in Africa, Ethiopia. For long, the TPLF dominated the now-dissolved ruling coalition, the Ethiopian Peoples’ Revolutionary Democratic Front (EPRDF) and as soon as they grabbed state power, they tried to divide Ethiopia by supporting the establishment of ethnocentric political parties and ideology. The EPRDF is a coalition of pseudo ethnic parties that represent Amhara, Oromo and southern nations and nationalities, their establishment was meant to aid TPLF’s objectives and goals.

During those turbulent times, almost all genuine opposition parties and independent media outlets were banned as they were labeled ‘terrorists’ by parliament and judicial body. The reports of international human rights groups and journalists’ associations including Amnesty International and International Association of Journalists as well as the US government’s annual reports repeatedly published the grave human and democratic rights violations in Ethiopia under the TPLF.

TPLF’s 27 years rule can be characterized by ethnic hatred, divisions, clashes and intimidations. As a result, thousands were displaced, killed and sent to prison only for their views.

The miserable situation did not manifest in political and social life only. The country’s economy was almost fully under the control of a few ethnocentric pro-TPLF groups. Endowment Fund for the Rehabilitation of Tigray (EFORT) was one of the giant ethnocentric business organizations in Africa according to its former Managing Director Sibhat Nega’s interview with Voice of America’s Amharic Service. Here we should note that the rehabilitation fund has not been rehabilitating the people of Tigray. Rather, its sole purpose has been strengthening the financial muscle of the clique in the TPLF.

The injustice and the oppression gave birth to rebellion movements and uprising within the youth in Amhara, Oromia and Southern Nations, Somali and other nations in Ethiopia. The youth started to protest against injustice and systematic marginalization. Strong but peaceful protests in Oromia state, peaceful demonstration and armed movements in Amhara state combined with the strong resistant movement in the Diaspora brought about change in Ethiopia. That is why former Prime Minister Hailemariam Desalegn resigned on March 27, 2018, opening the door for the coming to power of Abiy Ahmed and the introduction of an overall reform in the country.

The journey in the last two years

Since March 2018, Ethiopia has experienced dramatic political, economic and social changes. Almost all political prisoners were released; all exiled political parties came back home. Previously banned newspapers, television stations and even blogs were allowed to legally operate in Ethiopia. Restrictive laws and regulations that dealt with Non-Governmental Organizations (NGOs), charities and civil societies were amended to give more space for freedom. The country is also opening up its door for privatization. On top of all these, the country has made peace with Eritrea, ending its two decades of hostile relations. As a result of his peace initiatives, PM Abiy won the 2019’s Nobel Peace Prize.

TPLF’s defiance to accept the change, conspiracy to destabilize Ethiopia and the Horn

Being a legally registered political party, TPLF has not chosen a legal path. Rather, it continued to engage in a conspiracy to destabilize the country as a response to losing power. In the past two years, it has become a major security threat to Ethiopia and the Horn of Africa region as a whole. It has been conspiring to instigate ethnic

clashes in different parts of the country particularly in the western and southern parts. It has also allocated a huge amount of fund for its anti-peace activities.

With a view to instigate protests, the junta even sponsored the assassination of prominent individuals, including that of Ethiopian Afan Oromo singer Hachalu Hundessa last June. But the government tried to exercise patience in dealing with the junta. However, TPLF continues to violate the constitutional order as well as the basic legal, political and military rules of the nation.

We can mention so many incidents where the TPLF junta violated the law of the land. And it is possible to mention here a few instances where the junta totally violated the constitution and the law of the land. First of all, back in August, it conducted a sham regional election without the consent of the National Electoral Board, an institution constitutionally mandated with dealing with such issues. In fact, the government postponed the elections due to be held back in May/June at both the federal and state/regional level to prevent the spread of COVID-19.

Secondly, in addition to its massive negative propaganda against the central government, TPLF started to threaten sovereign neighbouring countries like Eritrea and Sudan. As a result, the Eritrean President Isayas Afeworki’s government discussed the issue repeatedly with its Ethiopian counterpart and the Intergovernmental Organization of the Horn of Africa (IGAD) has been following the situation seriously.

The TPLF junta has been trying to destabilize the region by interfering and undermining the activities of Ethiopia’s federal government which has a long reputation of playing a constructive role in the region. For instance, trespassing the federal government’s and the Ministry of Foreign Affairs’ authority, the junta tried to write letters to neighbouring countries and other the international partners of Ethiopia.

The Premier tried to tolerate all these with the intention of not disturbing national and regional peace. But, the junta interpreted the patience the other way round and once again engaged in a barbaric act. In an act of betrayal, the junta recently orchestrated an attack against the North Command base of the Ethiopian Army in Mekelle. As the Prime Minister put it, with this action, the TPLF crossed the last point of redline.

Hence, the operation to maintain law and order in Tigray region should be seen as an effort from the government’s side to ensure regional stability in the Horn of Africa.

The past week has shown us what the TPLF could do to destabilize the region if the government remained patient and reluctant to enforce rule of law. Its rocket attack towards Gondar city and Bahir Dar, the latter of which is the regional capital of Amhara state, as well as Asmara, the capital of Eritrea clearly demonstrate how the TPLF is a threat of regional stability.

- November 21, 2020
Email ThisBlogThis!Share to TwitterShare to FacebookShare to Pinterest 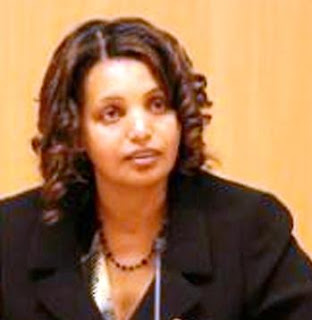