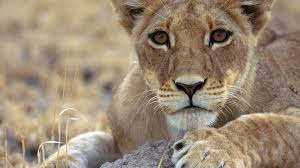 Ethiopia, for the last two decades, suffered a lot with brutal, absolute dictatorial and ethnocentric regime led by Tigray People's Liberation Front (TPLF). TPLF is basically leftist but ethnocentric group. Some analysts thought the TPLF fight against the pro-former USSR regime of 'Durg' (military rule of Ethiopia from 1974 to 1991) could put it as if it is liberal. This is contrary to fact. TPLF dominant EPRDF (Ethiopian Peoples Revolutionary Democratic Front) program of Revolutionary democracy is fully inclined towards dictatorial socialist form of Government. However the most bad thing incase of TPLF is that it has ignored citizens right. Ethnicity plus absolute dictatorial rule took the nation to the worst political, economical and social environment.

''Ethiopian ideologists have maintained revolutionary democracy (abyotawi democracy in Amharic) as their core doctrine.The notion inherited from the struggle (1970s–1980s) aims at legitimizing a political and economic structure which de facto implies the resilience of authoritarianism. Abyotawi democracy has been presented by EPRDF as the exact opposite of liberalism and neoliberalism.''  Journal of Eastern African Studies, volume 5,2011- Issue 4.

Last March/2018 was a unique month for Ethiopian politics. The new PM Abiy Ahmed could break out from EPRDF internal change team assisted by both Oromia president Lema Megersa and Amhara regional state president Gedu. The new power emerged from EPRDF could unite itself with the popular uprising in Oromia, Amhara and other part of the country and nill down the dictatorial regime dominant Ethiopians political, economical and military power for twenty-seven years.. TPLF was not alone, when it run the most hated ethnocentric rule of law in Ethiopia. There were some pilote regions which were above the law. That is just by attaching themselves with the TPLF key military and political leaders. The Ethiopian Somali region president, Abdi Mohamed Omar (Abdi Ilei) was a typical person with blindly standing with TPLF. His human right records with in his own region,Ethiopia Somali region, was one of the miserable and probably unique since the end of second world war.

For your easy reference, it is preferable to visit last July,2018 Human Rights Watch's the 88 pages report only on Abdi Mohamed Omer's non-humanistic action on the region's residences. (Please see the report by opening this page).

The new PM Dr. Abiy first domestic travel after he has elected for the highest political position in the country was to Ethiopian Somali region. I think this visit was an open eye visit to his excellency PM Abiy. Because this was the time that the people living in Jijiga town get a chance to reflect their deep rooted feeling to their citizen ship right. Thousands came out on the street from Jijiga Airport till the president office chanting and shouting " Abiy! Abiy!". The message was clear and short. TPLF was the back bone to Abdi that ignored the region passed in miserable human right life.

Today things are changed. Thanks to Almighty God and Abiy's new administration Abdi is arrested and stands in front of justice in Addis Ababa. According to Ethiopian Broadcasting Corporation (EBC), Abdi was “arrested for allegedly being behind the human rights violations as well as the ethnic and religious clashes that have happened in the Ethiopian Somali region,” after the country’s attorney general began examining possible charges.

On the other hand, since Abdi was arrested and under house arrest, TPLF is opposing the bright path of the nation towards law and rules. One of the TPLF mouth web site "Tigrai Online" report, on the Ethiopia Somalia region humanitarian crises, was so unethical and non-responsible. On August 4,2018 there was distractive, mass killing and burning of over six churches, only on one day, in Jijiga town. All these genocide was led by Abdi and his top officials. How ever, the TPLF Tigray Online report on the same day was propagating under its news head ''Fighting breaks out between Ethiopian army and Somali state government security forces'' it put its fake news as if it was coordinated by Ethiopian PM Abiy, Egypt and UAE.

On August 25,2018 Ethiopian PM Abiy was on his first press release for domestic mass medias. Here was the time that he explained the degree of miserable humanitarian condition in Ethiopian Somali region. Abiy revealed that Abdi had used extreme methods of torture, which included the use of “hyenas, lions, and tigers.” he added in his speech that

“What happened in the Somali region compares to a scene out of a movie or a fiction book,” he told reporters. “As such, prisoners were held inside prison cells along with animals like hyenas, lions, and tigers for intimidation purposes. People were raped, looting was rampant and people were killed. What happened there was shameful.”

This was the person still supported by TPLF leaders even now when I am writing this article. International community must and must understand the situation in Ethiopia. If TPLF get chance to destabilize Ethiopian democratic process going on now, not only the horn of Africa but also both Africa and the middle east will fail on dangerous situation. No need of analysis for this statement. It is extremely clear. I need to give chance to deep analyst of the region to say more. Currently, the Ethiopia Somalia region peace and stability is in a very tremendous level. The region has appointed its own new president in fully democratic way. The region residents are coming from abroad. The churches are about to be built again. Life is coming to normal. The only thing not yet back to normal is the TPLF central committee. They are looking for new clashes and instability in Ethiopia. Such move of TPLF is so dangerous for the horn of Africa in all aspects. International community and regional states including IGAD must act on TPLF actions against democratic process of Ethiopia and the regional peace and stability. The Tigray region residents have also more responsible to brought real reform with in TPLF which will lead the region to prosperity and development.