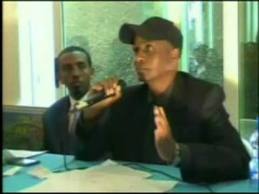 
Tomorrow- December 19/2012, Eskindir Nega will present to Ethiopian Court. The Government accused him as if he was terrorist. But the only act he did was to express his ideas. Eskindir had awarded  ‘’press freedom award’’ from PEN America. He is a typical symbol of the current Ethiopian generation that is  facing lack of freedom of expression. Today 16 members of European Union representatives have signed a petition and sent a requisition letter to Ethiopian Government to release Eskindir without any pre-condition.

New York Times on May 2,2012 states about Eskindir:-
''Mr.Eskindir Nega has stood by his writing and maintained his right to publish. His defiant stance in defense of human rights in Ethiopia earned him a prestigious press freedom award from PEN America in what the literary nonprofit organization said was both recognition of his past work and an attempt to pressure the Ethiopian government into halting its prosecution of journalists.''(http://www.nytimes.com/2012/05/03/world/africa/eskinder-nega-ethiopian-journalist-honored-by-pen.html?_r=0)
PUBLIC FORUM: Carl Bernstein & Liev Schreiber on Eskinder Nega (see video)