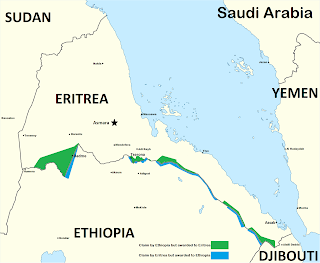 Armed opposition force,Patriotic-Ginbot 7 lead by Prof. Birhanu Nega (US educated economist) is a day to day talk in the capital Addis Ababa and other far remote areas of Ethiopia.On Thursday February 25/2016, Washington based Ethiopian Satellite Televicion   (Esat) stated as TPLF is pushing its army to the border area between Ethiopia and Eritrea.The army is approaching to the border in two different fronts namely HUMERA and BADIMA.Many believes the main expected target of TPLF in this particular movement is Patriotic-Ginbot 7 for peace,democracy and freedom movement.

For the last two months, TPLF was in critical time with popular uprising in Oromia regions. The ethno-centric regime of Ethiopia has controlled the political, economical and military power of the country for the quarter- century of the past.The Ethiopian people is tired of the regime. The demand for democratic change, both at home and abroad, is highly and eagerly expected by most Ethiopians. If the clash between Patriotic-G7 and TPLF army is brake out, another and non-reversible popular uprising is expected in every corner of the nation.

It is recalled that few days back the United States and Norway embassies in Addis Ababa  were issued a press release to their citizens not to travel far from the capital, Addis Ababa.