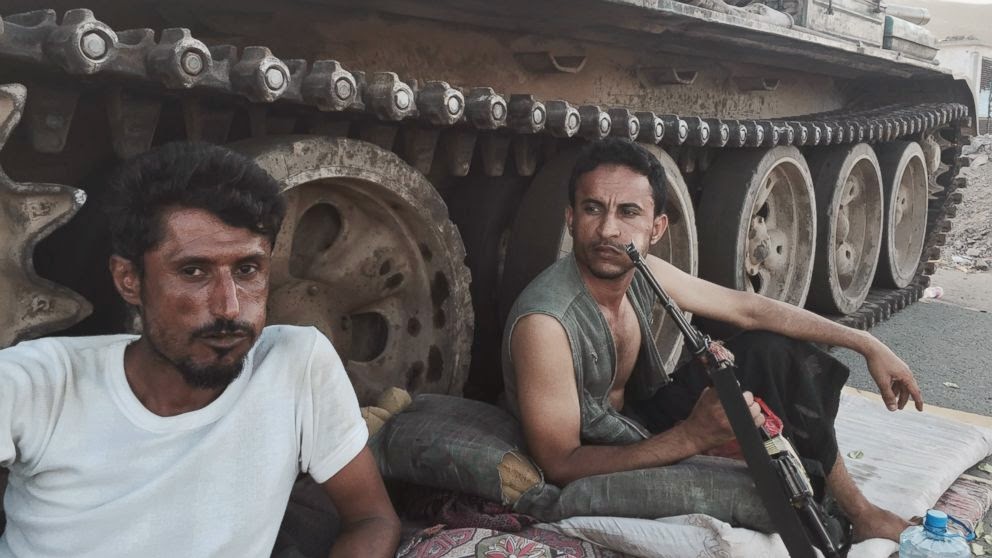 By EDITH M. LEDERER Associated Press
The U.N. special envoy for Yemen warned an emergency meeting of the U.N. Security Council on Sunday that events appear to be leading the Arab country "to the edge of civil war" and urged all parties to step back from the brink and resolve the conflict peacefully.
Jamal Benomar stressed repeatedly in a video briefing from Qatar that "peaceful dialogue is the only option we have."
That view was echoed by the Security Council in a presidential statement which reaffirmed the readiness of the U.N.'s most powerful body to take "further measures" against any party impeding the road to peace in Yemen. That could mean new sanctions, or possibly other actions.
Lithuania's U.N. Ambassador Raimonda Murmokaite said after the closed consultations that all the council members supported a return to negotiations, but she doesn't foresee new sanctions — "not at this stage."
Benomar said "it would be an illusion" to think that Houthi Shiite rebels — who control the capital Sanaa, much of the north, and are moving further south backed by some members of Yemen's armed forces — could succeed in taking control of the entire country. On Sunday, the Houthis seized Taiz, Yemen's third-largest city.
"It would be equally false," Benomar said, to think that embattled President Abed-Rabbo Mansour Hadi, who fled earlier this month to the southern city of Aden — the country's economic hub — could assemble sufficient forces "to liberate the country from the Houthis."
He warned that any party that pushes the country in either direction "would be inviting a protracted conflict in the vein of an Iraq, Syria, Libya combined scenario."
Yemen's turmoil and political crisis has deepened since the Houthis seized Sanaa in September and put Hadi under house arrest and eventually dissolved the country's parliament. The country's al-Qaida branch, considered by the United States the terror network's most dangerous offshoot, has stepped up attacks against the Shiite rebels.
The Houthis newly announced move to take over the entire country follows the suicide bombings of a pair of mosques in Sanaa that killed 137 people which were claimed by the Islamic State group. It also followed clashes around Aden's airport and planes from Sanaa dropping bombs on the city's presidential palace which Benomar said fortunately did not injure Hadi, who is strongly supported by the Security Council.
"Following the suicide bombings and fighting," Benomar warned, "emotions are running extremely high, and unless a solution can be found in the coming days the country will slide into further violent conflict and fragmentation."
He said Yemenis believe the situation is "on a rapid downward spiral," and are concerned that the conflict "has taken on worrying sectarian tones and deepening north-south divisions."
"Fears exist that Al-Qaida in the Arabian Peninsula will exploit the current instability to cause further chaos," he said.
The deteriorating situation led U.S. troops to evacuate a southern air base crucial to the drone program targeting al-Qaida militants.
Benomar said "extremists on many sides" are actively trying to undermine U.N.-brokered negotiations that he is leading aimed at putting Yemen back on track to complete its transition to democracy so it can finish work on a constitution, hold a referendum on it, and conduct elections.
He stressed that the political impasse can only be unblocked by negotiations that include both the Houthis and Hadi.